It struck me recently that the best laid plans can often go awry but you’ve got to have faith that it’s not the end of the world and sometimes, by being nimble in your thinking and prepared to modify your plans you can end up experiencing or achieving something even better.

One of my personal examples is from 1982, my first year as a student studying a Bachelor of Business majoring in Accounting at Bendigo University. I had worked for a year previously and had some solid savings behind me. I was also eligible for the Tertiary Education Allowance Scheme (TEAS). In addition, I was fortunate to convince a local football team that my talents were worth $60 per week which also helped with cashflow. It was enough to cover food and other necessities including accommodation in a filthy old student house in the centre of Bendigo I shared with four mates. However, despite my best efforts, my cashflow ran at a deficit by the end of the year so I planned to go back to Mum and Dad’s wheat and sheep farm in North West Victoria and help out with the harvest to replenish the coffers for the forthcoming year.

Unfortunately, 1982 produced one of the worst droughts in living history. For the first time ever, there was no crop to be harvested on my parent’s farm, instead the paddocks becoming nothing but windswept dust bowls.

If I wanted to go back to uni I needed money so, along with my brother Chris who’d been working on the family farm we struck out in the hope of finding seasonal work somewhere. We were both accomplished at driving trucks and heavy machinery, but no harvests meant these skills weren’t in demand. We counted ourselves lucky to find work picking oranges up on the Murray, a 90-minute drive from home. Our days started at 5.30am and finished at 5.30pm with three hours driving and nine hours hard slog in between. The work consisted of climbing a ladder and, via a twisting wrist motion remove the orange and place into a bag which was looped around our necks. When the bag was full, we would empty our collection into a pallet. There was no hourly rate, we got paid for what we picked. It was laborious work, but we needed the money!

Ultimately our summer became a great experience as, when the orange harvest was over, we relocated to Swan Hill, boarding with our grandmother and found work picking apricots and nectarines at a farm at Woorinen with other students.

I then went picking grapes at another farm the day of ‘Ash Wednesday’ when the thermometer hit 47 degrees before the farmer allowed us to knock off. This was without doubt the hottest day of my life and little did we know at the time the carnage bushfires down south were causing. The beer was extra cold that day and had never tasted better.

Every other night while we were picking Chris and me, along with a few mates began jogging as a means of getting fit for the forthcoming football season. An eight-kilometre canter around the streets of Swan Hill ended with a lap of the racecourse and a 500-metre dash down the straight getting the competitive juices flowing.

The summer came to an end with me being so much richer for the experience. I had a nice little nest egg for the year ahead, some great new friends and I had developed a closer relationship with my brother and Grandmother. When I got back to Bendigo, I could afford to move into a better house which also resulted in better uni marks. I joined a new football club in a major league and had one of my best years ever due to my increased levels of fitness.

What we have learnt over the years is best summed up by Dwight D Eisenhower when he said, “In preparing for battle I have always found that plans are useless, but planning is indispensable.”

At Wealth Built Right we know the benefit of planning, both for our clients and ourselves and we also know it’s not a perfect science. Not all plans come to fruition as we may have first thought however the ability to nimbly navigate your way along uncertain paths can create unexpected and amazing outcomes.

Find out more about Terry and connect with him on LinkedIn. 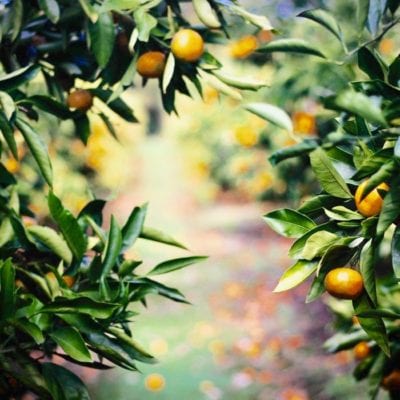